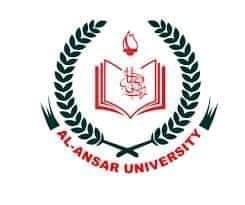 The Executive Secretary of the National Universities Commission (NUC), Prof. Abubakar Adamu Rasheed, has described the proposed Al-Ansar University as the most important project presently in Borno State.

According to him, the proposed school is capable of attracting both students and seasoned academic staff not only from the region but other parts of the country.

He said the institution, set to become Borno’s first private university, will change and greatly transform the physical and psychological wellbeing of the North East, by the time it begins running academic programmes.

Prof. Rasheed, made these observations when he received a delegation of the proposed University’s Planning and Implementation Committee, at the NUC Headquarters, recently in Abuja.

The delegation, which was led by Dr Mohammed Kyari Dikwa, Chairman of Al-Ansar Foundation and chief promoter of the private university, submitted the complete planning documents of the proposed school to the NUC management.

Rasheed, who said he was delighted to receive the team, also described Kyari Dikwa as a courageous, proactive and committed patriot, with an uncommon passion for education.

The NUC Scribe, saluted the courage of Dr. Dikwa for being the first eminent personality to contemplate establishing a private university in Borno State, and by extension, in the entire old Kanem Bornu Empire. A region, he said, had in the recent past, been in the news for the wrong reasons.

Prof. Rasheed, a former Vice Chancellor (VC) of Bayero University, Kano (BUK), also commended his guests for putting together a draft academic brief and Physical master plan, which NUC would subject to reviews before approval.

He further advised them to take a second look at the programmes being proposed, so as to start with those more relevant to the people and economic development of the North East.

Earlier, Dr. Dikwa, while presenting the documents to the NUC helmsman, said their Foundation had already secured 100 hectares of land, which would serve as the permanent site of the University in Maiduguri.

He added that Governor Babagana Umara Zulum, who issued the Certificate of Occupancy (C-of-O), also promised to construct roads and some blocks of staff houses, saying other prominent Nigerians have also pledged one project or the other when construction works begin at the site.

Dr. Dikwa, said their Foundation would strictly follow the procedure for licensing the proposed University by developing the necessary physical facilities for its take off by 2021.

North East Star Live is a News Media House focusing on live happening within the northeast.
Contact us: info@northeaststarlive.com