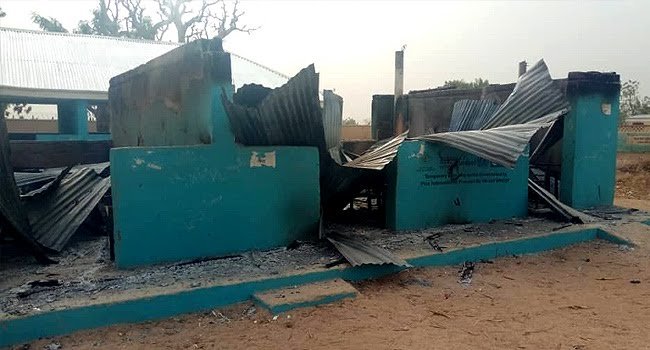 The insurgents also burnt down a primary school and a healthcare centre located in the community.

Confirming the attack, a resident Fantami Kura who speak to Northeast Star the gunmen stormed the community at about 5:30 am when they were going to the mosque for prayers.

The number of casualties is still unknown at the time of this report, however efforts to contact the Acting Assistant Director, Army Public Relations of the Sector 2 Operation Lafiya Dole in Damaturu, Lieutenant Kennedy Anyanwu proved abortive.

Katarko community which is 18 kilometers south of Damaturu the state capital, has been under attack over 10 times.

Since December, more than three schools in different states have been attacked and over 600 students have been kidnapped.

From Katsina through Niger to Zamfara states, bandits have struck schools, forcing some state governments in the north to shutdown boarding schools.

The Federal Government has in reaction vowed to tackle the menace, insisting it would not allow bandits to shut down the education sector, but the criminals have continued their acts with attacks on schools in Kaduna.