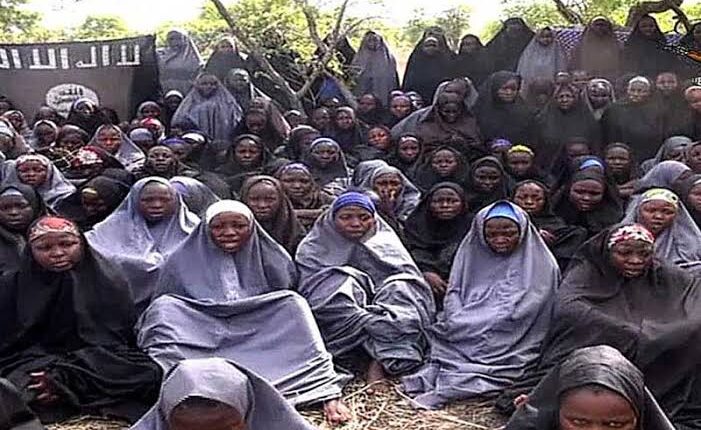 The remnant of the G. G. S. S Chibok girls that were abducted by Boko Haram insurgents in 2014 are still an eyesore to the administration of President Muhammadu Buhari.

President Buhari pledged to get them all released during his 2015 presidential campaign, and this was one of the intentions why the Bring Back Our Girls campaign and some western countries endorsed the All Progressive Congress.

Although President Buhari succeeded in getting 82 freed in 2017, the rest are still in custody. Assessments carried out by this medium has revealed that Federal Government has been operating behind the scenes to get the remaining girls freed.

A reliable source confided to this medium that the only option available for the rescue of the remaining girls who are now women is a kinetic approach.

“The abductors told an NGO that played critical roles in the release of many hostages from both factions of Boko Haram terrorists that they cannot release the young women because it won’t be right.

“They established their argument on the premise that the girls willingly converted to Islam, accepted their ideology, and are now married to them. Releasing them on the grounds of compassion or ransom violates the injunction of Suratul Mumtahana Verse 10 according to them.”

According to the source, the NGO said the military option might be counterproductive as it’s has the risk that can lead to the death of young women and many other hostages in captivity.

“Already, about three of the girls are dead because of attempts made to use kinetic approach to free them in 2014. So it’s not advisable. The most important thing is they are safe and are being treated well. Ours is to pray to God to give us a lasting solution to this impasse,” said the head of the organisation.

“It’s noteworthy that in some cases, some victims of kidnapings and forceful marriage have refused to return even after their release has been secured, while some cases of rehabilitated people especially women running back to the bush to rejoin the movement due to indoctrination and brainwashing of ideology by the terrorists. And aside from the chibok girls, many women who have been kidnapped in villages and different routes linking Maiduguri to other towns are still in captivity.
The authorities must also as a matter of urgency adopt proactive measures through real-time surveillance by the Nigerian air force and deployment of drones technology to monitor their movement and be on the pursuit of the terrorist without giving them breathing spaces for possible attacks on military facilities to loot weapons and kill innocent people in villages.

A Profile of the Higi Ethnic Nationality