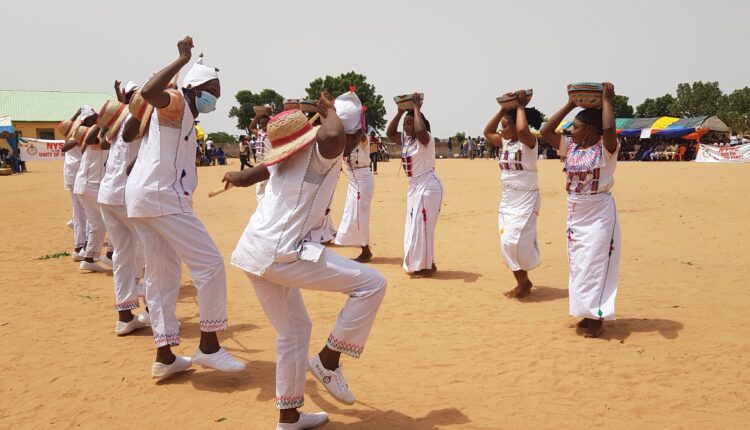 Some corps members serving in Gombe State have called on all stakeholders to help preserve the country’s cultural heritage.

They made the call during their cultural carnival at the temporary orientation camp in Amada community, Gombe State, on Saturday.

The event was part of the activities to mark the 48th anniversary of the National Youth Service Corps (NYSC) in the state with the theme “NYSC@48, Unity March.”

Bilkisu Abdullahi, a corps member, said culture was one of the ways to show the beauty of Nigeria and “I felt very happy being exposed to the diverse cultures of our country today.”

Abdullahi called for efforts to preserve the cultural heritage of the country as a way of “maintaining the unique nature of the people of Nigeria, while also preserving our identities as a people.”

Richard Peter, another corps member from Oyo State, said coming to Gombe would have been “impossible had it not been for the NYSC,” adding that it made him more knowledgeable about other cultures and the ethnic diversity of Nigeria.

“The NYSC is doing well in uniting the diverse cultures of the country; imagine today I saw corps members representing the culture of different ethnic groups and they are happy.
“The cultural carnival has helped corps members from other ethnic groups to adapt to the cultures that are not theirs. These must be sustained and the best way is to keep the NYSC.”

She said she had interacted with the Fulani in Gombe and discovered they were friendly with her and she could understand them better.
“In Nigeria, there is cultural uniqueness; every culture has its uniqueness and today I was able to see culture from different views,” said Oguntore.

She called for the preservation of the cultural heritage of the country by “adopting anthropology as a subject in secondary school for young people to learn about our unique cultures.”

She further called on the people to learn to tolerate other ethnic groups and understand why different people behave the way they do, “in that way, there will be love and we will be more united.”

Adam Abdullahi, a foreign student from Hungary, said he felt happy to see the different cultures of the country being displayed, adding “it’s been a long time I saw this; it’s really beautiful.”
In her opening speech, Mrs Ada Imoni, the state coordinator of NYSC, said the cultural carnival of the 2021 Batch A Stream II had exposed the “many cultural richness of the country.”

Imoni urged stakeholders to partner with the NYSC to help promote and preserve Nigeria’s cultural heritage, adding that “cultural displays help to bring out the history of the people, which would help unite the country.”