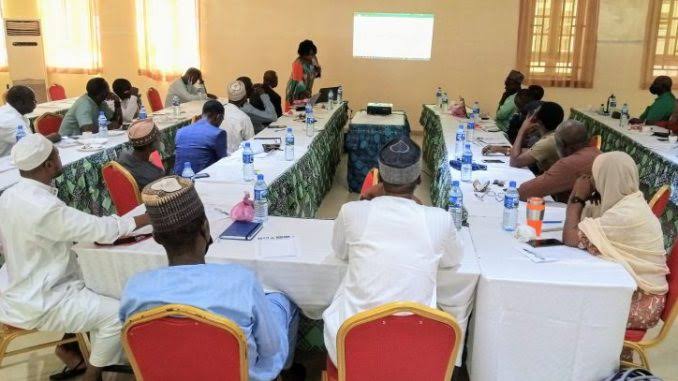 The Borno State stakeholders and Civil Society Organisations (CSOs) have yesterday strategized on the 2022 budget proposals for the fiscal year.

The strategy was to ensure seamless budgetary processes that are in line with global best practices.

While unfolding the budget proposals at a town hall meeting in Maiduguri, the Commissioner of Finance, Adamu Lawan disclosed: “Your collective inputs will help us come up with a budget that addresses the yearnings and aspiration of the people.

“Today’s town hall meeting has taken into consideration of the COVID-19 pandemic and the resettlement of 1.7 million displaced persons into communities.”

According to him, the budget proposals will be prepared in collaboration with various community groups and in line with the 25-year development plan and 10-year strategic master plan framework.

He noted that this is in line with the policy thrust of Governor Zulum’s administration.

Lawan explained that the development was also part of reforms of the State Government for participatory budget proposals to the House of Assembly.

According to him, the budget inputs of stakeholders could ensure transparency, accountability and sustenance of effective implementation.

“Gone are the days when budgets are done without recourse or consultation with the people to be served,” said Maryam Shehu, the Permanent Secretary of the Ministry.

She added that the Ministry has opened a website in line with public finance management of capital and human resources.

She said that improved livelihoods of people would be captured in the 2022 budget proposals.

Governor Babagana Zulum, who was represented by the Chief of Staff, Prof. Isa Marte said that government insists to get the inputs of the people for every years’ budget proposals.

He said this will make the budget the people’s budget of accountability and transparency.

He noted that this year’s budget has accorded priority to the education and health sectors, as they are critical to the development process of the state.