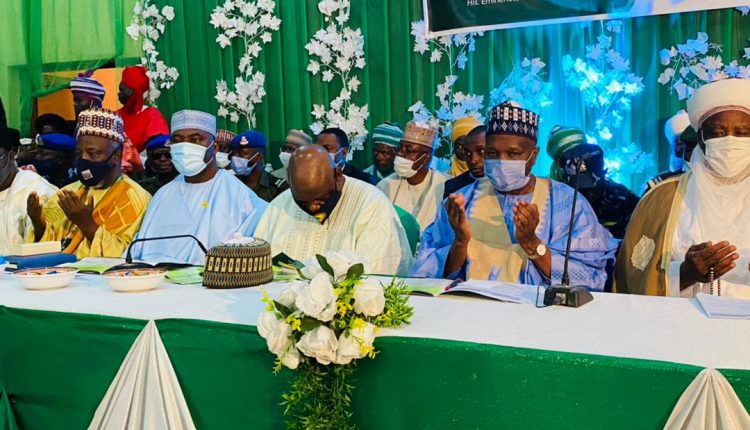 The Da’awah Coordination Council of Nigeria (DCCN), has called on media organizations in Nigeria, to desist from broadcasting and publishing programs or write-ups that endanger peaceful co-existence in the country.

The council urged the fourth estate of the realm to help in promoting peace by investigating and verifying their facts before going to press.

This was contained in a communique issued at the 3rd national summit of DCCN which was held in Gombe. At the end of the summit which was on peaceful coexistence and nation-building, the council also task social media users to be responsible and desist from writing and posting inflammatory statements.

While the summit also called on law enforcement agencies to task and empower the cybercrime unit to track and punish social media abusers and authors of abusive posts.

Commenting on continued killings in the country, the council condemned all killings by criminals in the name of religion or ethnicity and condoles with the bereaved families and victims of such acts.

“The summit calls on Federal Government (FG) to review its security strategies towards ensuring adequate coverage of all flashpoints, soft targets and other vulnerable areas to check the incessant attacks in those areas.

“The summit recommends, as a matter of urgency, to the Federal and State governments to enforce the Forest Rangers and consider the digitalization like Geographical Information System (GIS) mapping for easy control and tracking of criminal activities in our forests,” the council stated in the communique.

DCCN also stated that “all

Stakeholders should be mindful of their speech lest they stir people emotions on violence, as this is key to promoting peaceful co-existence among the citizens.

The Council also urged religious organizations to imbibe the culture of building the capacity of their members through regular training, workshops seminars.

NJC recommends appointment of 6 Chief Judges, 31 others as Judicial officers

NJC recommends appointment of 6 Chief Judges, 31 others as…