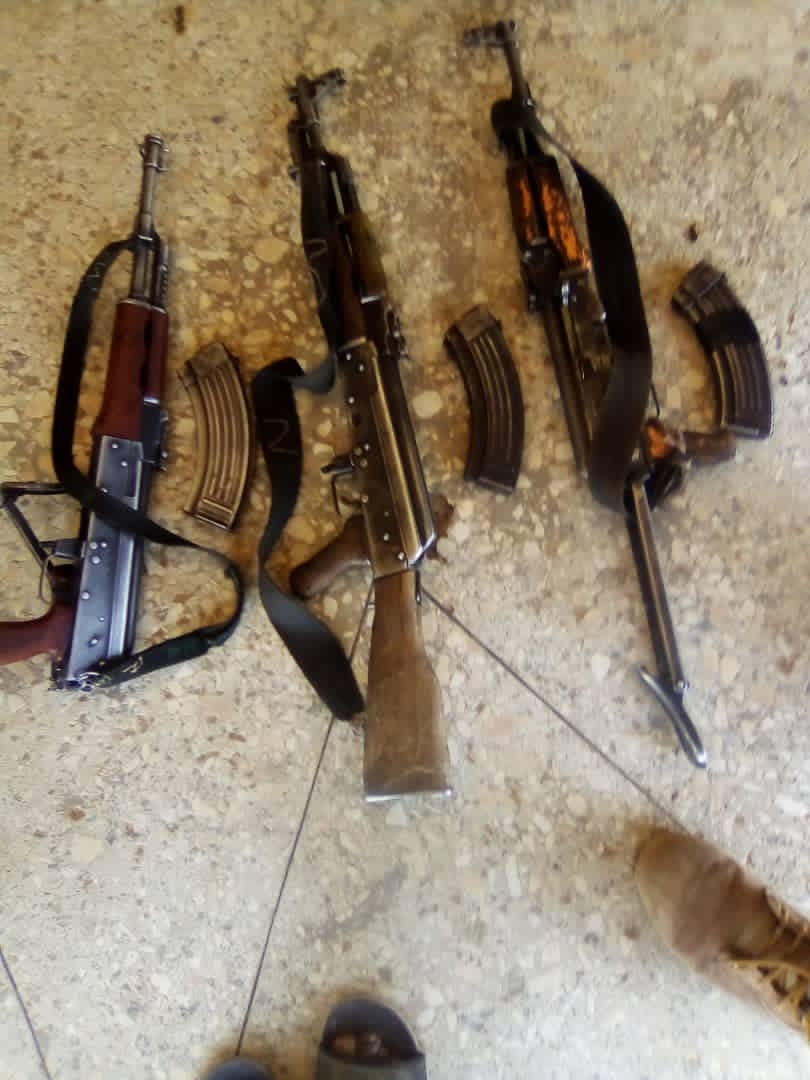 Troops of Operation Tura Takai Bango a subsidiary Operation of Lafiya Dole, in the North East has killed 8 terrorists in the Chindila/Mayankari axis of Borno and Yobe.

Brigadier General, Benard Onyeuko, Acting Director of Defence Media Operations, disclosed this in a press statement signed and made available to Newsmen on Tuesday.

“On 25th January 2021 at about 1 pm, the gallant troops of 233 Bn located at Babangida on an aggressive clearance patrol made contact with Boko Haram criminals at Chindila village. The troops engaged the terrorists with a fierce volume of fire and neutralized 5 of them in the process while some escaped with gunshots wounds. Items recovered include; 3 x AK 47 Rifles, quantity 5 x Magazines, 17 Rounds of 7.62mm ammunition. The gallant troops are in pursuit of the enemies and have continued to dominate the general area.

He said same on 25 January 2021 at about 4 pm troops of 151 Bn, 202 Bn and elements of Multinational Joint Task Force on fighting patrol made contact with some Boko Haram marauding criminals at Mayankari. In a swift and aggressive response engaged the terrorists with heavy gunfire and the process neutralized 3 Boko Haram criminals while others escaped with gunshot wounds. Items recovered include 3 x AK 47 Rifles, 1 x Solar panel and 1 x Improvised Explosive Device making equipment. The troops thereafter destroyed their hideout after the encounter and exploiting the general area in search of the escaped criminals.

“The continuous successes recorded by the gallant troops of Operation Tura Takai Bango against the Boko Haram/Islamic State West Africa Province main hideouts where they plot and carry out their evil acts against civilian targets is an indication of their capitulation and the end of all criminal elements within the North East.

“The troops of Operation Tura Takai Bango are highly commended once again for their dedication and dexterity in flushing out remnants of the terrorists from their hideouts. They are also encouraged to continue on the path of the successes so far recorded

He claimed that it’s an indication of troops’ capitulation and end of all criminal elements within the northeast.

Onyeuko also encouraged the soldiers to continue on the path of successes recorded this year.

He, therefore, assured the people that the Army will smoke out remnants of terrorists in the forest and Lake Chad region