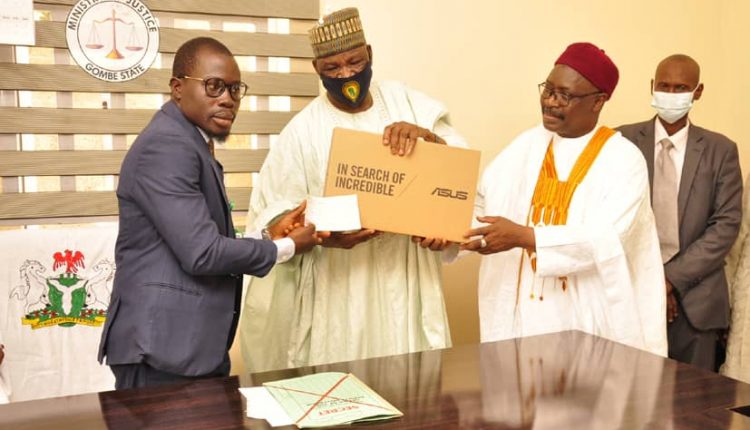 Gombe State Government has supported indigenes of the state studying in various campuses of the Nigerian Law School with laptops and cash worth about N33 million to assist them in settling their academic fees for better performance.

Making the presentations recently at the Ministry of Justice conference hall, Governor Muhammadu Yahaya said his administration would continue to provide the needed atmosphere and support for excellence towards achieving the needed target of improved capacity, efficiency, and quality education.

The Governor who was represented by his deputy, Dr Manassah Jatau, said the provision of laptops and cash was to encourage students at Law School to build their educational capacity to prepare them for a better professional practice.

Speaking earlier, the Commissioner for Justice and Attorney General, Zubair Muhammad Umar, said N370,000 was presented to 61 indigenes in six campuses of the Law School.

He said the gesture was a demonstration of the commitment of the Yahaya-led administration to the people of the state, calling on the students to justify the government’s investment in them by performing well.

Speaking on behalf of the recipients, the National Chairman of the Association of Law Students, Gombe Chapter, Idris Mohammed, thanked the government for the assistance and pledged to justify their spending.