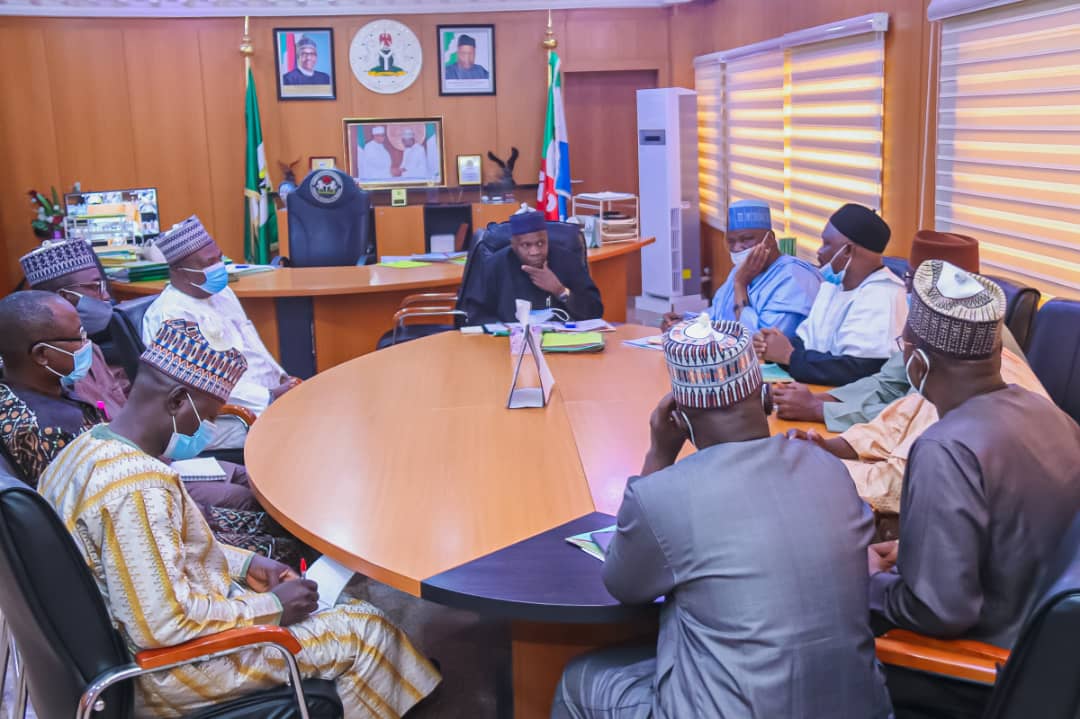 Gombe State Governor, Muhammadu Inuwa Yahaya says his administration will spare no effort in taking advantage of the renewable energy plan of the Nigerian National Petroleum Corporation, NNPC which is designed to boost alternative power supply and bio fuel source in the country.

Governor Inuwa Yahaya stated this when he granted audience to the Group General Manager, Renewable Energy Division of the NNPC, Dr. David Balarabe Ture who led a team from the corporation on a tour of designated areas for the sugarcane fuel ethanol project in Gombe State.

The Governor said the decision by his administration to constitute a committee on the bio fuel project was consequent upon his discussions with the former Group General Manager of the Division which placed him on a vantage position to take informed decision towards the realization of the project.

He assured the GGM that his administration will work against time and do all it takes to see to the actualization of the project in view of its immense benefit to the people of the State.

“And we know that once we are able to do this at least the major thing that is a hindrance to the springing up of industries and commercial activities which is power can be addressed. By the records I got, we could have up to 60 megawatts which will serve not only Gombe but the whole of the Northeast”.

Governor Inuwa Yahaya welcomed the suggestion that his administration takes a second look at the feasibility study of the project and the Environmental Impact Assessment, EIA.

“I know for sure that at the highest level people like you and even the GMD are interested in this project, equally, when I visited Mr. President, we talked about this project. You know the whole of the belt from Dadin kowa to Gombe Abba is arable and irrigable land and there is no reason whatsoever that we cannot utilize it to improve on our Agricultural and other potentials for the benefit of the common man “.

He said in view of the importance his administration attaches to the sugarcane fuel ethanol project, he will personally keep constant tap on developments to monitor its progress.

Governor Inuwa Yahaya used the occasion to express appreciation to the Upper Benue River Basin Development Authority, saying both the State Government and the Authority operate as allies on this and many other projects.

He commended the partnership among the Gombe State Government, NNPC and the Upper Benue River Development Authority, noting that such collaboration can help in improving the socio-economic development and fortunes of Gombe state.

“The truth of the matter is that, if you leave it to the natives there is no way they can know the value. But since we know the disconnect, so let us be the bridge”.

” I need to appreciate your Excellency and your team for the efforts you are making to ensure that the lives of the people are touched. If most of these things are done, I’m sure substantial part of our graduates will have work to do because it is going to take between five hundred thousand and one million three hundred thousand people across the value chain”.

” The summary is that normally you need minimum of 15 thousand hectres which the state has already earmarked up to 20 thousand and I was told an environmental impact assessment and feasibility study were carried out with the soil samples indicating that the land is suitable for the project. …