Popular Nigerian rapper, Panshak Henry Zamani, better known as Ice Prince Zamani or simply ‘Ice Prince’, has been arrested by the men of the Nigeria Police Force in Lagos for assaulting and abducting a police officer in the early hours of Friday.

According to him, the ‘Aboki’ crooner who was initially stopped by men of the Nigerian Police for driving without a license plate decided to abduct, assault and threaten to throw the police officer in his car into the river.

SP Hudenyin disclosed further that the Nigerian rapper has been arrested and will be arraigned before the court today. 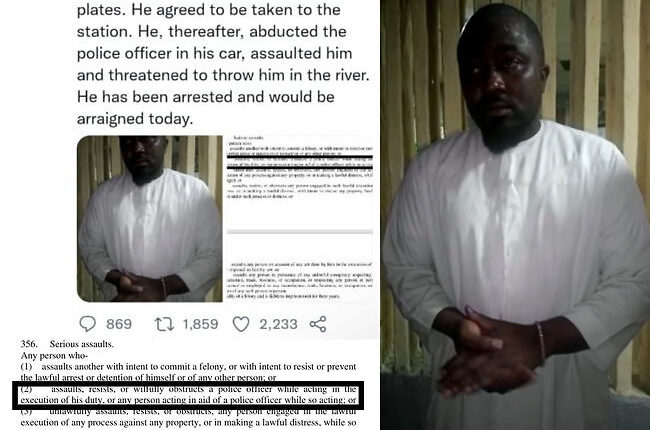 “At 3 am today, @Iceprincezamani was stopped for driving without license plates. He agreed to be taken to the station. He, thereafter, abducted the police officer in his car, assaulted him, and threatened to throw him in the river. He has been arrested and would be arraigned today.”