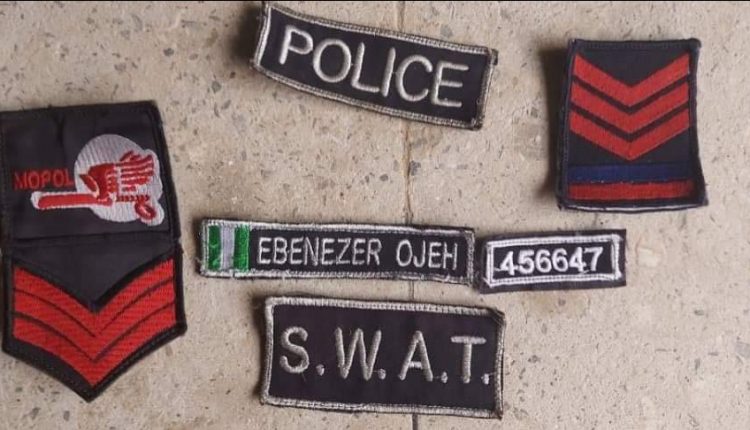 The Police personnel, a Sergeant was intercepted at a checking point by the troops of 154 Task Force Battalion Ngamdu, along Maiduguri- Damaturu road,  led by Acting Commander Maj D.Y Chiwar.

An Intelligence Officer disclosed that “The suspects with NPF No: 456647, boarded a Borno Express bus to Nigeria’s capital, Abuja when they arrived at the checking point. While the vehicle was waiting for its turn to be passed at the checking Point, the suspect dropped from the bus and claimed he wanted to ease himself.

“This elicited suspicion from the Commander who directed troops to search the suspect’s bag.

“On searching the bag, about 220 quantity rounds of 7.62mm Special, 1× hand grenade, a dagger and other items were discovered.

When interrogated by the troops, Mr OJeh claimed he was personnel from the Police Unit Special Weapon Tactical Team (SWAT), from the Mobile Police Force 19 unit, River state.

The suspect and items were handed over to the Headquarter Sector 2 Operation Hadin Kai for further investigation.

Why I ventured into writing– General Buratai (Rtd

Why I ventured into writing– General Buratai (Rtd