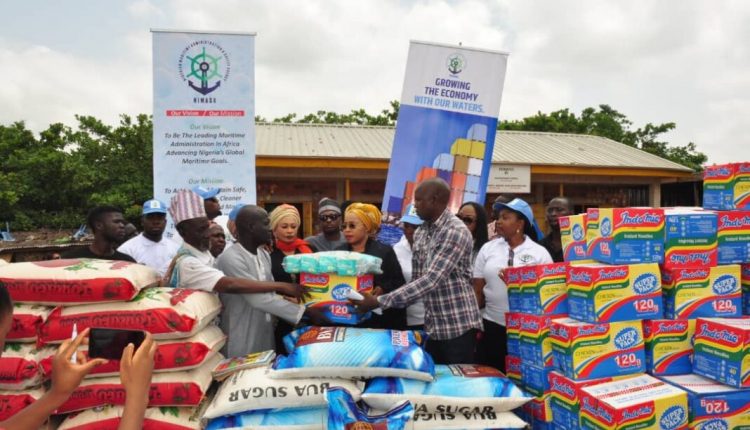 Dr Bashir Jimoh, the Director-General of NIMASA, handed over the items to the beneficiaries through Sen. Danjuma Goje (APC – Gombe Central).

He said that apart from the food items, the tricycles, clippers, grinding machines, dryers and power generators were empowerment kits for small scale enterprises to provide means of livelihood to the beneficiaries.

The D-G said that similar donations were also done across the 36 states, adding that the items would alleviate the hardships being experienced by the PLWDs.

“In Gombe, the items were distributed to PLWDs, we hope that it will go a long way in alleviating the suffering of the beneficiaries,” he said.

He further urged those that were saddled with the responsibility of sharing the items to distribute them equitably.

In his remarks, Sen. Goje, represented by Alhaji Sadiq Abubakar, a member representing Yamaltu West State Constituency, said he would continue to assist people in the state not only his constituents.

Goje, who is also the Chairman Senate Commitee on NIMASA, said the gesture was not only for Gombe Central but for the entire state.

Also speaking, Alhaji Ali Goro, Chairman of the PLWDs in the state, thanked NIMASA and Sen. Goje for the gesture.

He commended Goje who specifically decided that the donation should only distributed to the PLWDs in the state.

APC, Buni and the birthing of a truly National Party, by Johnson Momodu