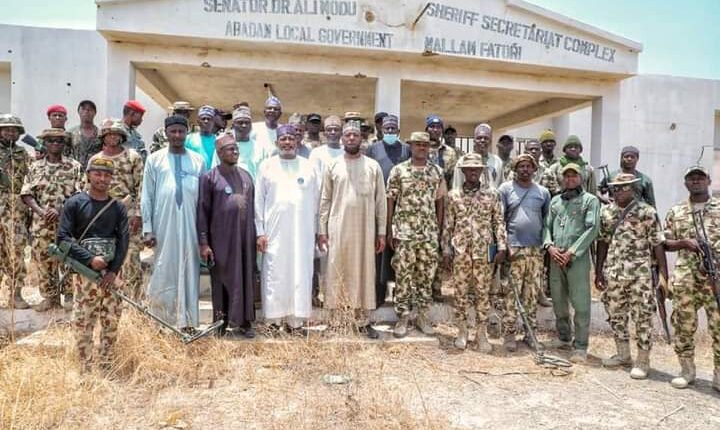 The visit aimed to start preparing the liberated Boko Haram stronghold for reconstruction and safe return of refugees, who since 2014, fled the town to Boss and Diffa in Niger Republic.

Zulum approved 10 patrol vehicles to enhance security surveillance and held interactive meeting with the commanding officer of the 68 battalion in Malam-Fatori, to identity areas of Borno Government could offer support.

The Governor directed the State Rural Water Supply Agency to drill deep aquifer borehole within the military barracks, to address problems of access to water supply faced by the soldiers.

Speaking to troops, Zulum commanded their commitment and encouraged them to be steadfast in their efforts to clear remnants of the insurgents hibernating around Malam- Fatori.

The Governor later assessed infrastructure destroyed by insurgents in the town, which were to be reconstructed before December.

Zulum moved to Malam-Fatori from Diffa where he had been on Thursday, during which he held a high level collaborative meeting with President Bazoum Mohammed of Niger Republic, over safe and voluntary evacuation of Nigerian refugees.

Zulum announced that a relocation committee would be constituted next week, to oversee reconstruction works and come up with a relocation plan.