Tinubu extols Buratai’s virtue, describes him as Role Model for Next generation (Photos)

Tinubu extols Buratai’s virtue, describes him as Role Model for Next generation

The All Progressive Congress (APC)’s Presidential Candidate, Bola Tinubu has commended the former Chief of Army Staff (COAS) and former Nigerian Envoy to the Republic of Benin, Lt-Gen TY Buratai (rtd), on his commitment to maintain the territorial integrity of Nigeria during his time in service. 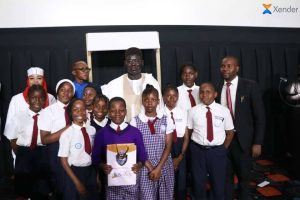 Tinubu gave this commendation while giving a remark at the public presentation of the animated version of “Legend of Buratai” on Tuesday in Abuja.

Tinubu, who was represented by a member of House of Representatives committee on Defence, Hon. Babajimi Benson said Buratai’s courageous service as a vibrant commander had liberated many villages and communities from the insurgency. 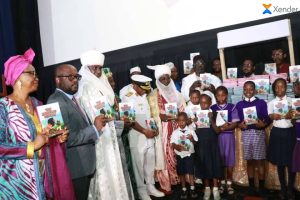 He said Buratai had led significant reforms in the Army, including the Local Armed Forces, Support Form, which is expected to be signed before the end of Buhari’s administration. 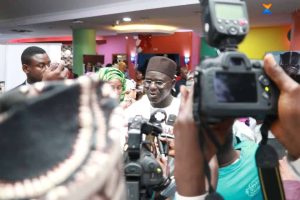 The Legend of Buratai: The Children’s Book and Animation That Reveals Nigeria’s Former Army Chief as the Lion Killer