“We’re at the forefront of tackling, ending security challenges – CDS

This was contained in a statement signed and made available to Newsmen by the Director of Defence Information (DDI), Maj-Gen Benjamin Olufemi Sawyerr, on Wednesday in Abuja.

According to him, the CDS gave the assurance during an interactive session with retired senior military officers in the North Central on Wednesday at the Headquarters Tactical Air Command (TAC), Nigerian Air Force, Makurdi, Benue state. 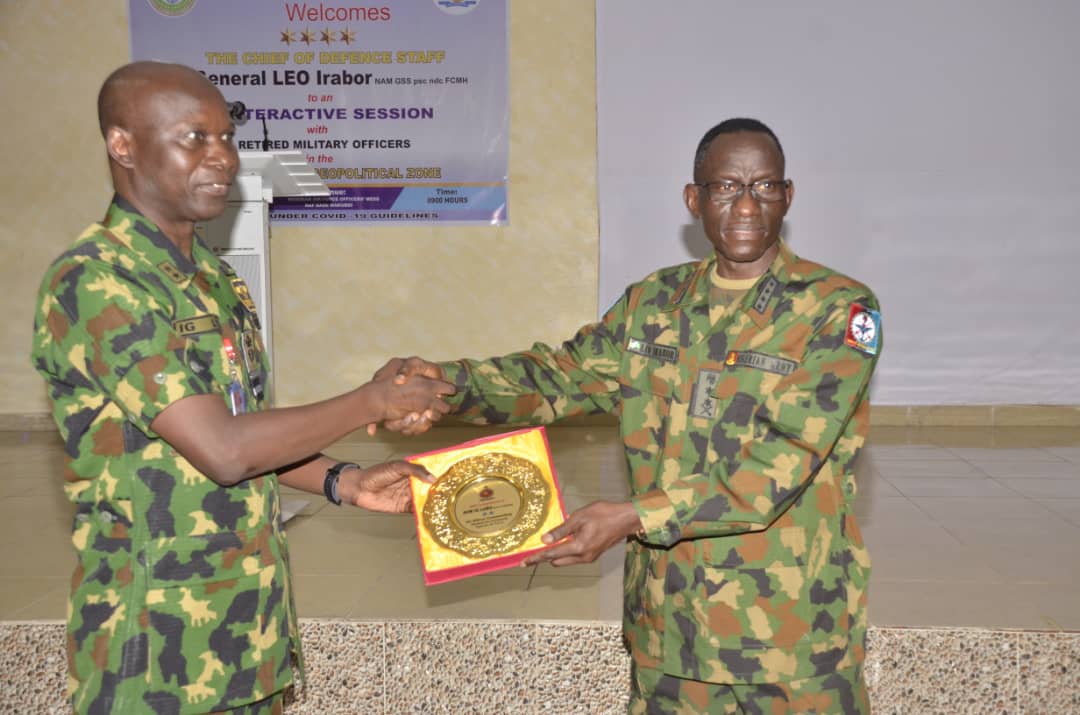 He stated that the CDS said, “the military as an institution remains at the forefront of leading the war against every form of criminalities as the constitution avails the AF the mandate of supporting civil authorities which in this case is championed by the Nigeria Police”.

Benjamin added that the Defence Chief explained that the security parley was in continuation of a nationwide consultation and engagements with military veterans which is aimed at proffering solutions to the security challenges in the country.

“The CDS while admitting the wave of insecurity in the North Central (NC), occasioned by farmers/herders and communal clashes, said the ongoing military engagement is crucial, as such requires the inputs of its veterans towards sustainable peace and progress,” Benjamin stated.

He further said that the CDS, “urged the senior citizens whom he described as military officers even in retirement to be open-minded in proffering suggestions to the security threats. He promised that there would be interventions in the security dispositions in the NC and the entire nation”.

On his part, the Chief of Defence Civil-Military Cooperation (CDCIMIC), Rear Admiral Fredrick Ogu said the CDS security parley with retired senior military across the six geopolitical zones is to identify the threats in terms of its intensity and peculiarities with a view to addressing the challenges. 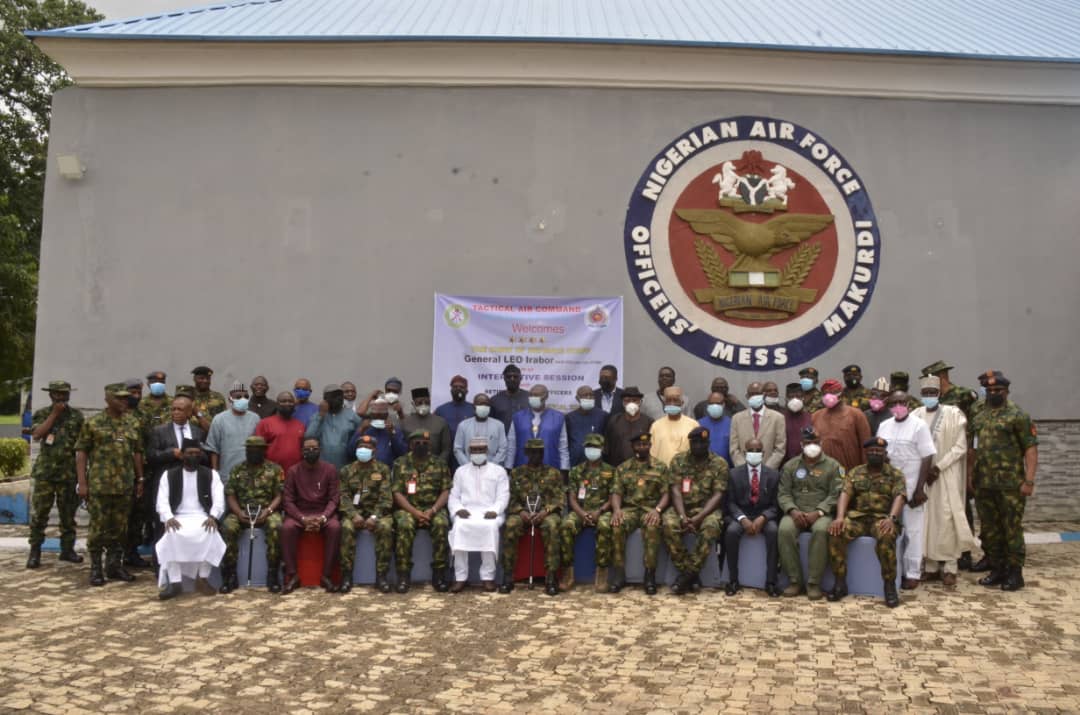 According to Benjamin, “the CDCIMIC recalled that the maiden edition of the CDS security parley was held in the South-West zone, while the second and third editions took place in the North West and South-East geopolitical zones”.

“The AOC expressed the commitment of the Command in sustaining the ongoing synergy with sister Services and other security agencies towards ensuring peace and stability in the NC, noting that the AFN is leveraging on the support and goodwill of the people in tackling security challenges in the region,” the DDI stated.

“We’re at the forefront of tackling, ending security challenges –CDS