Popular Nigerian artiste, Davido, alongside Chef Chioma, has made their first public appearance after the death of their son, Ifeanyi.

The duo were spotted for the first time in Osun state since their son’s demise at his uncle, Adeleke Ademola’s inauguration as governor of the state, on Sunday, November 27, 2022. 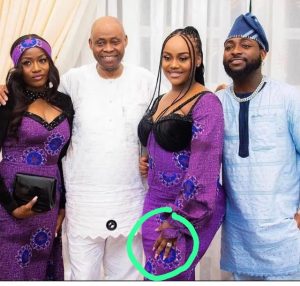 The deceased’s parents had been grieving over the loss of their son as they became inactive on social media platforms and avoided public events.

However, they seemed to be getting over the loss as they joined family and friends in preparation for the inauguration of Ademola.

It also seems like Davido and chef Chioma have taken their relationship to a new level, as the duo have been spotted with what appear to be ‘wedding rings.’ 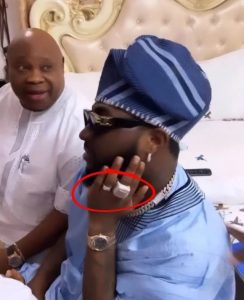 Pictures and videos of the event have the duo wearing rings on their wedding fingers, causing many to speculate that they have tied the knot privately.

This latest development proves that Davido may have secretly wed his long-time girlfriend.

Before this news, there were rumours that the couple had allegedly had their traditional wedding in his father’s home, with only a small number of family members present and no cameras allowed. 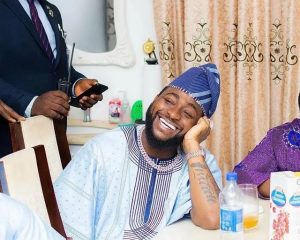 Social media users have also reacted to the picture the Cubana chief priest posted on his official Twitter handle, where the duo had a shot with Davido’s father and a family member.

There has been no confirmation on the rumours from either Davido or Chioma.

Ronaldo in Limbo as Kahn rules out Bayern Interest

Rampage in Katsina as Bandits Gun Down DPO’s Mother, Brother

Nigerians too intelligent to suffer in US, says Omotola Jalade