The Chairman of the Northeast Star’s 2021 awards presentation, Dr. Tukur Arabi has congratulated the awardees, adding that they all deserved the awards.

Arabi stated this in his opening remarks as the Chairman of the Occasion during the presentation of the awards which took place at the Conference Hall, American University of Nigeria (AUN), Yola on Thursday.

According to him, the awardees are worthy to be celebrated because they have contributed to nation-building and peaceful coexistence. 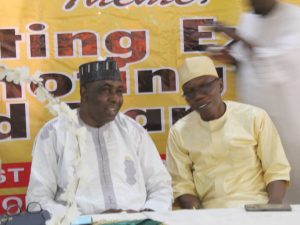 Earlier, the Chairman of the Occasion disclosed that the Northeast Star awards presentation was started in 2014 by the Management and Editorial Board of Northeast Star Magazine as an annual event where men and women who excelled in their professions and impacted positively in the lives of the people, are identified and honoured.