Until his new appointment, Bayu was the Deputy Registrar/ Senior Staff Establishments.

Bayu’s appointment was approved by the Governing Council of the institution, following the expiration of the outgoing Registrar, Kabiru Aminu, who completed his six-year tenure as Registrar. 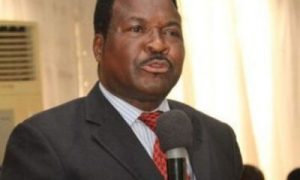 Conveying the decision of the Governing Council, the outgoing Registrar, explained that Bayu would serve as acting registrar for a period of six months in the first instance, with effect from 15th August 2022.

“The Governing Council of the Federal University of Kashere Gombe State has approved the Appointment of Mal. Umar Faruk Bayu as the Acting Registrar for a period of six months in the first instance, with effect from 15th August 2022 or until such a time that a substantive Registrar is appointed which could be within the specified period,” Aminu said.

Meanwhile, in a brief handing-over ceremony, the Deputy Vice-Chancellor, in charge of Administration Prof. Mustapha Muhammad charged the acting Registrar to accept his appointment in good faith.

“Discharge your duties diligently in accordance with the laid down procedures and also carry everybody along,” Muhammad said.

While wishing the outgoing Registrar well in his future endeavours, the DVC acknowledged his humility, hard work and patriotism urging him to maintain his spirit.

Presenting the handover notes to the acting Registrar, the outgoing Registrar Aminu congratulated him for the opportunity to serve the University in that capacity, urging him “to be tolerant and fair in the discharge of his duties so as to justify the confidence reposed in him.”

Aminu lauded the Vice Chancellor, Professor Umaru Pate and other members of the University Community for their cooperation and support throughout his tenure and assured him to remain connected with the University wherever he found. himself.

On his part, Bayu expressed gratitude to the University Governing Council and the Vice Chancellor for finding him worthy of the appointment and promised to justify the trust reposed in him.