The Commandant disclosed that the visit was informed by the need for participants to gain an insight into the trends and significant drivers of insecurity in the North East as well as have first-hand Information on the activities of the Theatre in the fight against terrorism in the region. 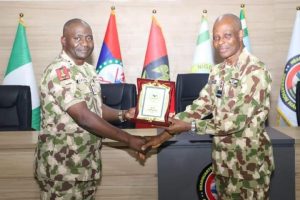 He further revealed that the successes recorded so far despite the numerous challenges faced by the Theatre necessitated their choice of place of visit. 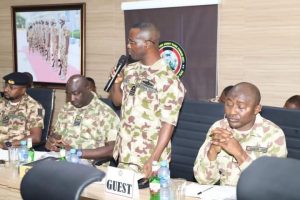 The participants after being briefed averred that the lesson learned will aid them in proffer implementable recommendations that will help the military in its ongoing operations across the country. 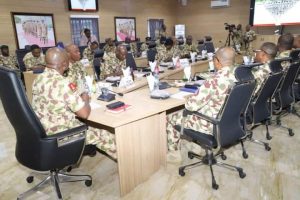 They also thanked the Theatre Commander, Major General Christopher Musa for the warm ambiance, reception, and hospitality accorded them on their arrival in Maiduguri. 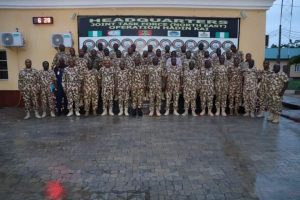 In his remarks, the Theatre Commander encouraged them to be open-minded in learning not just the present but also the past to be able to analyze present trends and predict future security challenges and situations. 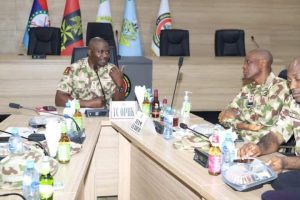 While speaking to participants, Gen Musa expressed optimism about the effectiveness of the planned Disarmament Demobilization and Reintegration (DDR) Programme as well as the Truth and Reconciliation Programme. He also assured participants that the military will never relent on their commitment and determination in bringing the war to an end. 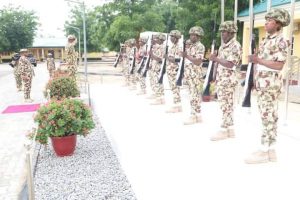 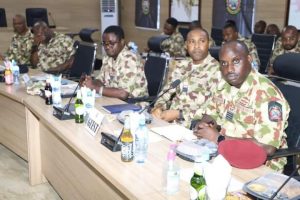 Details of Meeting between ASUU and FG Revealed