An Abuja based organization, A New Thing International Foundation has displayed great commitment to ending the dangerous spread of the abuse of drugs across the Nation.

While Nigeria celebrated her 61st anniversary, this group of young Nigerians came together to celebrate Nigeria with the national launch of their amazing program aimed at helping to reducing the problem of drug abuse in the Nation.

The initiative which they named “Drug Abuse In A School Environment (D.A.S.E )”, wants to remove crime from the streets of Nigeria by cleaning drugs off streets. 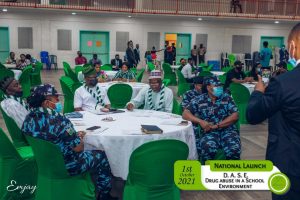 D.A.S.E, developed by A New Thing International Foundation in collaboration with Nigerian Drug Law Enforcement Agency (NDLEA) for The National Association of Proprietors of Private Schools organized this nationwide sensitization program with many teachers and young persons in attendance. 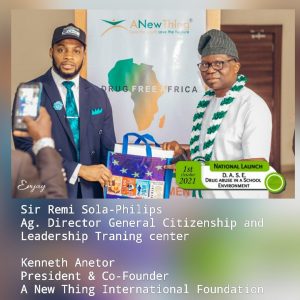 Speaking to the audience during the event, the Co-Founders, Kenneth Anetor and Eghosa Gold-Idehen explained that: “The aim of the program is to enlighten and empower secondary schools with knowledge and materials to curtail the consumption of hard drugs and other illicit substances in Secondary Schools across Nigeria. We are always happy and proud to support and work with the Federal Government of Nigeria and other organizations in this regards.”

They also noted that “D.A.S.E is a nationwide program that will cover all 6 geopolitical Zones of Nigeria , spreading the message of a drug free lifestyle.

These young men went on to further introduce the new Educators Guide books – School drug policies to all present.

In attendance were also dignitaries like: Senator Dino Melaye, Remi Sola Philips who is the Director General, Citizenship and Leadership Training Center. 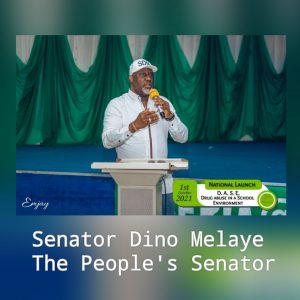 A parastatal under Federal Ministry of Youth And Sport Development.

In his remarks, Sen. Dino Melaye suggested that drug test should become mandatory before people occupy political offices in Nigeria or gain entry into Nigerian universities.

AIG (Dr) Aisha ABUBAKAR on her part, gave the assurances of the Inspector General’s dedication to work against drug peddlers and his willingness towards continuous partnerships with organisations, like A New Thing International Foundation.

Finally, the objectives of the Nationwide D.A.S.E Program were mentioned as follows:

1.To create awareness on commonly abused drugs and discourage its abuse in Secondary schools.

3.To create School drug policy and reduce loopholes through which drugs get into schools.

4.To enlighten school staff on their roles in ensuring a drug free learning environment.